A new way to see yourself

Note: Some updates were made recently to the website that may have resulted in an old blog post being sent out last month instead of the newest one. My apologies for this error. If you would like to read last month’s post, you can find it here.

A lack of self-belief is a toxic hindrance to personal growth. 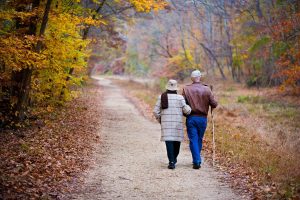 For example, many of us are sedentary types or getting on in years. We’re hardly ever active or interested in moving our bodies; we’re more comfortable sitting or even lying down. That notwithstanding, we might sometimes want to change and become more active in order to support our own wellbeing.

Yet, we may be stopped by one of the following thoughts:

Many people think that these are realistic beliefs. When they indulge in such thoughts, they feel that they are being rigorously honest about themselves and their capabilities, at least in a particular realm. They tell themselves it’s only sensible not to jump further than they can handle. They’re being rational and levelheaded, rather than trapping themselves with grandiose ambitions.

However, what they don’t recognize is that this mindset establishes them in a stagnated existence. Before they even start, they’ve already decided to stop. Because they’ve concluded it’s pointless, they won’t put in the effort. So, they’ll remain in their chairs. They’ll never know what would have happened if they’d made a start and built up their stamina. They’ll never get to see how far they can go.

The same applies whether you consider yourself weak not in the physical realm, but in your mental, emotional, and spiritual life. As long as your thinking is black and white, all or nothing, in the end you’ll get nowhere.

Taking on a challenge

It may be hard to believe, but you are unlikely to be the best judge of your own capabilities. 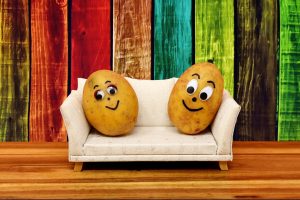 First of all, if I identify myself with a particular persona – I am a couch potato, I am an old lady – this becomes my comfort zone. To change this sense of myself would require me to exert an enormous amount of effort, an amount that is so overwhelming, I may not even be prepared to really discuss it. This is the first reason that I am not objective about myself: I will shy away from changes that feel too monumental and make up excuses to avoid them.

Second of all is this: When life has taught us that we don’t succeed at every endeavor, we easily become our own harshest critics. We remember how our failures hurt us, and we are scared to try and fail again; yet, we have short memories for our successes. We take a pessimistic view of ourselves that is not necessarily founded in reality.

Consider the possibility that you may be more capable than you think. Only then will you be willing to take greater chances and make greater efforts. Consequently, you will naturally surprise yourself with better results.

Finally, remember that the goal is progress, not perfection. Don’t discount your successes by setting them alongside the highest of high achievers and declaring your work meaningless in comparison. Why shouldn’t your one-mile walk count for something? Do you feel better today than you did two weeks ago? If so, why should it matter that you aren’t the best in the world, as long as you are getting satisfaction from what you do?

You have no competitors here. Don’t invent any.

Every increment of progress is effort well spent and should be duly noted as such.

I must be very clear: There will be days when you have to excuse yourself from the goal you set out to achieve. There are handicaps and there are moods that will shade your efforts. That’s not failure; it’s just life. We all have to deal with our own ups and downs.

If you walked for two weeks and then had to take a break, those two weeks were valuable in and of themselves. You moved your body. You got fresh air. You may have felt well and invigorated, or you may have felt exhausted, but either way, you took care of your own health.

Accept that you will sometimes improve, and sometimes regress; but as long as you’ve got your marbles, keep using them, and the door will stay open to change.