About a month ago, I was fortunate to host the bar mitzvah of my eldest grandchild. This is a coming-of-age event with a long history in Jewish tradition; from this moment in a young man’s life, he is considered an adult for the purposes of religious rituals, such as praying in a minyan, a quorum of ten men. 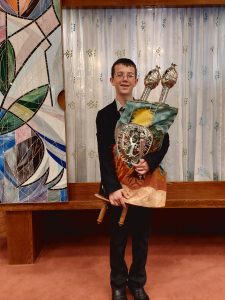 Throughout the history of the world, coming of age celebrations have marked the transition from childhood to adulthood. Different cultures use different traditions to acknowledge this new state of being. These lay the groundwork for what is expected of an adult in this society.

Naturally, even in the Jewish tradition, just becoming thirteen years old does not necessarily bring with it the sought-after maturity of an adult. In fact, as a therapist, I associate adolescence with a period of acting out, in which many of the players behave more like children than children do.

From this point of view, what is coming of age? What is the difference between childhood and adulthood? In fact, maturity is represented by numerous intellectual and emotional features. If I had to sum it up, I’d say that it’s comprised of understanding how to deal with life using a proper balance between the emotional and the intellectual.

This is a psychological demand that we would not put on a child. We cut children a lot of slack because their thinking is not yet sophisticated. Small children don’t understand why they can’t have endless sugar, screentime, and fun; they don’t understand the more serious sides of life, like good mental and physical health and the limitations around one’s personal finances, which inhibit a mature thinker from spending more than they have.

Children have an interesting sense of time; they’re in the here and now, and their ability to delay gratification is weak. If they want something, they want it immediately and can become feisty or obnoxious about waiting. If a toy breaks when their mother is busy in the kitchen making dinner for the whole family, they will still want her to fix it. They’re at the center of their own universe – that’s what we call immaturity.

However, gaining maturity is not an inevitability of getting older. Some children grow up in personal circumstances that allow them to remain infantile; if your caretakers, for example, always give into your every demand, you will never learn patience. If, by the time you’re an adult, you have not been given the opportunity to obtain these spiritual and emotional skills, you may find that your relationships in life are not satisfying. The give and take is off-kilter; there are harbored resentments and a general unpleasant atmosphere.

Let’s imagine a woman named Selma. Selma likes to work with soft music playing.  She maintains that having it in the backgrounder helps her concentrate and improves her performance. 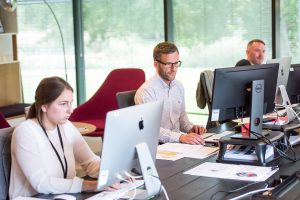 The problem is, Selma’s preference for this musical backdrop conflicts with others in the office. More than one colleague has gently asked Selma to please use headphones, but she doesn’t see why she should have to. She finds them sweaty and uncomfortable and would rather not.

In fact, Selma is initially insulted, and eventually indignant and furious at all these requests. It feels like everyone in the office is ganging up on her. The music is at a reasonable volume, she tells them, and anyway, it’s classical. It’s not a distraction, it’s inspiring. Is it really such a big deal? Why are they all being so childish about this?

Selma feels that her priorities should be dignified. She likes the music and doesn’t like headphones, and she doesn’t consider the music loud enough or of the right type to be a distraction. To Selma, her perspective is all that matters. The fact that her colleagues all feel that she is being inconsiderate just doesn’t seem fair.

Selma is used to wanting what she wants and getting what she wants. Other people’s needs are far less important to her. She’s not a mean person, but she is self-centered. According to Selma’s view of life, anyone who is standing in her way is stubborn and selfish. Selma fails to see life from a larger perspective.

What can be done?

If, when conflicts arise, you tend to think in that everyone else is against you, you might need to reassess the situation. Make room for the other; make room for the possibility that you are not seeing the full picture.

It can help to get an outside opinion from someone you trust. In Selma’s case, when she brought her office tale to a group of friends, not even a single one of them believed in her position. Thankfully, Selma allowed this to wake her up.

The fact is, throughout your life span, there will be contests with reality that a mature person will handle far better than a childish adult.

Here’s the good news: We’re all capable of change. Even an adult who is used to being totally egocentric can learn how to delay gratification, how to put others ahead of themselves, and how to wait more patiently.