Are you someone who always has to get your own way?

How does it make you feel when someone disagrees with you about the best way to act in a given situation? How do you fare with a request to somewhat inconvenience yourself to keep things pleasant for everyone?

Take Al and Betty, a young couple who clash regularly over how to plan their meals. Al likes to eat a heavy meal at dinnertime and then take a walk to help his digestion before bed. That’s how it’s always been done in his family of origin; it’s how his parents and siblings all conduct themselves.

Those heavy meals, however, make Betty feel sick when she tries to sleep on a full stomach. She prefers to have a larger meal at lunch and then only something light for dinner.

“I’m not hungry in the afternoon,” Al says. “I’ll be starving at dinner, and there won’t be anything to eat.”

“You could have the leftovers from my lunch,” Betty offers. This would allow them each to eat their big meal at their preferred time.

“No, no, no. How would that solve anything?” Al doesn’t have a rational response to Betty’s suggestion; all he can do is dismiss it out of hand in a tone of annoyance. 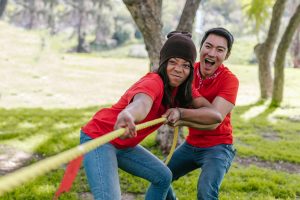 If compromise is difficult for you, you probably find this situation familiar: Someone asks you to change something, but you don’t feel like changing it. The idea poses a threat to your own personal harmony and produces a definite strain the atmosphere.

Today, I want to talk about why compromise can be so challenging, what the consequences are for refusing to compromise, and what alternatives are available if you are interested in making a change in your life.

Many people take pride in being stubborn. By sticking to their principles and refusing to be budged, they believe they prove the strength of their power of will.

Stubbornness can keep you on the path to achieving the goals you set for yourself. It provides the determination necessary to maintain discipline, helping to fight against laziness or self-doubt. That’s a valuable trait in a person.

However, tenacity in service of a worthy goal is different from tenacity for its own sake.

Al, from the example above, is not only stubborn when it comes to mealtimes. At work, he likes to listen to music to keep himself motivated, even dancing along in his swivel chair as he puts documents together.

Al wears headphones to avoid annoying his officemate, Charlie. One day, Charlie tells him that he can still hear the music, and he finds Al’s dancing distracting. Can Al tone it down a little?

Al feels this is an outrageous request. He is already wearing headphones; isn’t that considerate enough? He isn’t prepared to alter a work routine that he finds so useful. As Al sees it, Charlie is the one being stubborn and unreasonable; he has no right to dictate the situation. It was Al’s office first, and Charlie is just a new employee. It isn’t Al’s problem he has such delicate hearing.

Charlie asks the boss to transfer him to a different workspace. Meanwhile, no one else wants to “room” with Al. In the end, the boss lets Al have the office to himself, with a warning. Though he is gravely disappointed in Al’s behavior, Al is a senior employee and a valuable member of the team.

Al feels victorious. However, his relationships with his boss and his coworkers have all been soured by this incident, and he may even have jeopardized his future at the company.

Was this stubbornness beneficial to Al? How much would it have harmed him to turn the music down a little? 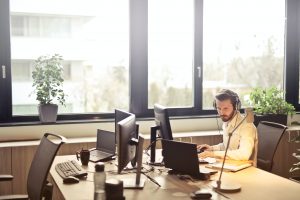 Al, like many other uncompromising people, has a couple of beliefs about himself. The first is that he is right and should be heeded: dinnertime is the best time for heavy meals, and earphones when listening to music should be sufficient to respect your coworker’s space.

The second belief is that to compromise would be to show weakness and indecisiveness. If Al gives in, that means he has allowed himself to be shoved aside and taken advantage of. If he is seen to give in, this will lose him the position of respect in the relationship.

“Nobody is going to get the best of me,” is Al’s constant mantra.

However, Al is not actually respected. He is, in fact, resented. He is regarded as an immature bully, whom the people around him view with either bitterness, numbness, or annoyance. They may even be clandestinely rebellious, stealthily excluding him from office activities. He has earned a reputation as a stubborn mule, to be avoided whenever possible.

What could possibly be wrong with that?

It’s perfectly understandable that people have different needs and styles in life. As long as no one ends up ripped off or ignored, there should be nothing threatening about this. We are all people of value. We deserve respect from one another, including respect for our opinions, taste, and predilections.

This is especially for those of us in close relationships with one another. If you have willingly chosen to create a partnership, this definitely entails honoring differences.

An essential part of getting along with other human beings is being able to exercise flexibility. Unless all the people in your life are subservient to you, and are willing to do your bidding, there will be constant discord and strife if you are unable to bend.

Obviously, we are talking here about mentally healthy opinions. You don’t have to compromise with someone who is pushing something dangerous. We all know the difference between right and wrong, goodness and badness, kindness and cruelty.

While the uncompromising type feels some sense of omnipotence, they are lacking in true soul food. Their hearts are hungry for the genuine affection they do not get because the people around them are afraid of them. Their relationships are not based on mutual trust and respect.

A relationship to strive for is one where mutual respect is nurtured and compromise is not seen as a show of weakness.

Rigidity is a character flaw, not a sign of strength. The relationship you want is the one that supports your mutual needs and ideas. It’s not about your way or my way; it’s about creating our way.