[responsivevoice] I made a special detour a few weeks ago to visit the rehab on my day off. t seemed one of our young ladies, a patient given to high drama, had decided she wanted out. She was adamant about going back to her country of origin. She’d had enough, as she put it.

I did not believe that she was ready to leave in good standing.

There was still a lot of self-work that needed to be done.

Even her appearance could have used some sprucing up. I knew that she wanted to make clear to her parents, upon her arrival in the motherland, that she was not the same person they had agonized over the year before. I tried to explain to her that it would take more time to sculpt a truly recovered version of herself that would make a good impression on them and not have them second-guessing the merits of her long stay at our rehab.

“Why don’t you try to get yourself in the best possible shape,” I proposed, “before you appear on the scene?”

It seemed that she couldn’t agree with more and she heartily complimented all my suggestions. She left me in a state of what appeared to be high motivation and excitement. I felt I had done a good job and didn’t regret missing out on my day off.

Twenty-four hours later, however, at the group session, she was once again telling everybody that she was leaving the next week.

There was little I could do to convince her. Her mind was made up.

Now, I’m the kind of therapist who truly cares and feels for my clients.

When we are together, I devote myself to the health and wellbeing of the person sitting across from me. At that moment in time, all I care about is instilling hope and enthusiasm. I’m committed to this and I am usually successful.

The human being sitting across from me might in fact be fabricating their emotions, but this is not always so easy to detect. In fact, while sometimes they’re playing me deliberately, sometimes they’re not even aware what they’re presenting; or sometimes, I am the one reading the situation incorrectly.

Over the years, I’ve come to know that this can happen. After all, I’m a psychologist in a rehab. Certainly, I cannot take everything that 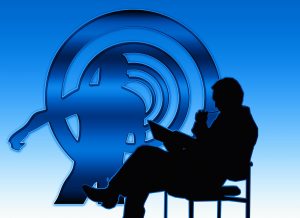 occurs, everything that’s said and agreed upon there, at face value. At the same time, I am not infallible. There will times that I misjudge a character and become invested in possibilities that are not realistic. When this happens, I’ve learned not to lose perspective and get down on myself for missing the boat. I cannot afford the luxury of letting myself be affected by the whims and caprices of my clientele in there.

And yet, when I heard this woman speaking of her plans, I was disappointed and even a little insulted. I had all kinds of questions and arguments I wanted to express. Apparently, the situation with her affected me more than I realized. She was behaving irrationally, telling me one thing and doing another. Why, I wondered, was that surprising or upsetting? I must have still had some degree of investment here and I admit, my pride was hurt.

It’s interesting to note that I still need to work on counter-transference—in English, “a therapist’s emotional entanglement with a client.” I still wonder, after decades as a professional, when the boundaries should be tighter or looser. It’s not always obvious. [/responsivevoice]