I had a long talk recently with a very close friend of mine. For decades, he’s struggled with a nasty but mild form of self-injury that is shared by millions: the compulsion to pick at his scabs. He rationalizes it by saying that it’s not hurting anyone but him—and that it’s barely hurting him, at that.

Do you have any little habits that you justify in this way?

It may be more valuable than you realize to finally tackle these habits and turn them around.

My friend is one of millions with a compulsion to pick scabs. He is not alone in this universe. I’ve seen children do it; I’ve seen adults do it, too. The point, however, is not what makes this behavior so attractive and widespread – although that would be an interesting topic to explore – but rather what makes it so difficult to stop.

It’s because it’s such a small matter that its power is so puzzling. Itchy scabs are a minor physical annoyance; you would think that the pain caused by picking at them wouldn’t be worth the reward. Why is it so hard to just wait patiently for nature to do its own proper healing?

Or, to put it another way: Why is it so easy to let the minor discomfort of a scab get into your head? Once you open the door, it becomes an obsession, and even though you know better, it feels impossible to let it go until you “deal” with it.

There are all kinds of little compulsions like this, urges that make no sense and serve no purpose but which we find ourselves stuck doing time after time. 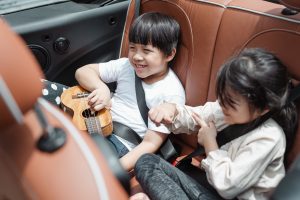 ou ever seen a small child be overcome by the urge to pester his brother or sister? By the grace of god, I have over fourteen grandchildren, and even during coronavirus times I’ve had lots of opportunities, within a safe sphere, to see them, often just to observe them interacting. I have definitely noticed that sometimes, the mood simply strikes them to aggravate one another. They pull each other’s braids, mark up each other’s homework, or ruin a road trip with persistent yodeling. They do not do these things out of malice, but simply a restless urge. There are temptations on their minds that they can’t resist, even if they get a browbeating from their parents.

How many times, furthermore, have I met grownups who behave just like these mischievous children – grownups whose behavior belies their physical age? It is not only children who cannot always refrain from teasing others. When met with responses of frustration or anger, such people might apologize and yet still find subtle ways to keep up the practice. It’s an annoying, obnoxious trait that provides no benefits to the one who possesses it, and yet the compulsion is strong.

We make splendid excuses for ourselves when we are afflicted by these habits. We talk ourselves out of changing them because they don’t really matter, they’re not a big deal.

However, if you are dedicated to your own personal growth and recovery, it would be advisable to master even the small things. Heightened awareness is the opposite of turning a blind eye to yourself. It’s picking up on the little details: the little scams you run, the behaviors you let yourself get away with. You know they’re there, but you choose not to deal with them.

I understand if you give other, more serious habits a higher priority. If you’re trying to put down your cigarettes, you may not want to spend your energy on leaving your scabs alone. That being said, conquering smaller impulses can actually inspire you to tackle other, less innocent things.

There’s a certain momentum established by success. If you always cut yourself a break, you become used to allowing yourself to persist in your bad habits. On the other hand, once you establish a new pattern, you feel undoubtedly empowered. That might well lead to taking on more serious challenges.