[responsivevoice] A little over thirty years ago, I wrote what I thought was a finished novel. I created characters I adored; I had a ball setting them up for profound challenges and creating a vehicle for solutions. I was pretty sure I had done a fine job.

To get some feedback and direction, I orchestrated a meeting with Stephanie, my dearest friend and editor par excellence. I flew to NY to see her with another dear friend, Deba, who was an enormously successful book agent. However, at the last minute, Stephanie couldn’t make it, and we never did sit down to talk about the book. A month later, Stephanie was brutally murdered in her apartment in Venice Beach. 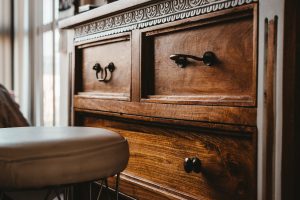 I put the book away in a drawer. I just couldn’t visualize working on it without her. I went on to write and publish other books, but somehow, I couldn’t bring myself to open the drawer that held Alterations, which at the time I called The Healer.

I would like to say that it was some remarkable event or epiphany that brought the book back into my life. But what really happened was that a couple of years ago, the thought casually crossed my mind: “I’m ready. I’m even determined. I want to offer this book to the world.”

It was the characters, in particular, who were demanding to come alive for the reading audience. I felt obligated to resuscitate them.

Now, as I said, to my way of thinking, I had already completed the book in its entirety. I was sure that the characters and their lives were perfectly well-established. Even after not even looking at the book for three decades, I assumed the rewrite would hardly be challenging, just a touch of sprucing up here and there.

It was a bit of a shock to find, when I began serious work with Shani, that there were actually gaping holes in the story that needed my attention. In some cases, I even had to relinquish, with a smile, certain episodes I had long held dear. Shani successfully convinced me that these were unwise, redundant, or not terribly interesting.

It was a real lesson in humility to rewrite this book and in many cases reinvent it. Even more so, once I resolved to sever my attachment to the original, I realized that I could be more flexible than I thought. Just because I had written it one way the first time didn’t mean that was the best it could possibly be. Making these changes, seeing the book I wrote decades ago turn into something so utterly marvelous, was a thrilling process. 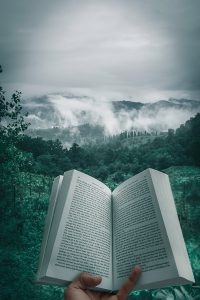 It’s not a different book, but the same book in its best form. The characters’ challenges and awakenings are faithful to the original concept, just rendered with new and important details. That is how it should be because the original thought behind the book is everlasting.

Oddly enough, I got some of the best tips from Stephanie’s cousin, Paula, an OBGYN who is a published mystery-writer on the side. She took the time to read and offered some suggestions for how to “show not tell.”

I will keep you guys abreast of the publishing. We basically need to come up with a real snappy cover and then you will all be invited to feast your eyes and delight in what I believe is the best book I’ve ever written.[/responsivevoice]