[responsivevoice]Holocaust Remembrance Day is coming up, and I swear, the older I get, the more devastated I become as I watch the documentaries and hear the radio interviews of the aging survivors. It pains me to come to terms with the fact that as I age and sage, so do the ones who lived to tell the tale. I know all too well that in a few years, there will no longer be a living soul who can testify to the gruesome, ghastly reality that he or she endured. 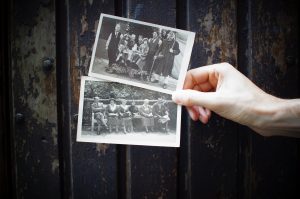 Entire families were wiped out. How can that be?

I suppose the reason that I’m increasingly overwhelmed as the years go by is that I am now not only a wife and mother, but also grandma to over a dozen little kids. As our family grows in numbers, I process more viscerally the knowledge that so many large and small families were wiped out completely with no one to carry the legacy.

The enormous amount of people who perished touches me personally now in ways I could not conceive of before.

Being older and wiser than I once was, I also have a better grasp of the technicalities involved: how much thought went into this endeavor, this passionate desire to rid Europe of what it deemed subhuman.

Just entertaining the complexity of carrying out mass extermination brings me to my knees.

That intelligent people sat together in various rooms and cooked up plans for evacuating, transporting, exterminating – for getting rid of millions of human beings, bodies and souls – is incomprehensible to me.

Somehow, the unthinkable became the thinkable, a task at hand. Thousands of people cooperated with this, put it into play and saw it through. This is what I think about year after year on Holocaust Remembrance Day: What underlay Hitler’s obsession with the Jews? As a psychologist who has devoted most of her professional life to working with human suffering, especially addictions and obsessions, I cannot fail to contemplate this question. From what I know of history, I believe that it was a preoccupation that took over his mental life. It was a disease that rapidly became contagious.

It’s an unusual example of a private obsession becoming a widespread contagion. Somehow, Adolph Hitler was able to engage in a folie à deux, a shared psychosis between two parties, with multitudes of likeminded maniacs or ripe and ready minds just waiting to be taken over. Although hatred and suspicion of minority groups is all too common, the degree to which people were willing to go – all the way – is extraordinary. The beings who agreed to participate in cleansing the nation of the ethnically different, the religiously different, and other targeted populations, were not soldiers on the battleground. This was not a case of two warring factions suited up on a level playing field.

I don’t pretend to be a historian or political analyst. What has always captivated me is how Hitler and his cronies were able to amass such immense support – men and women, boys and girls, who were passionate, adoring and more than willing to serve.

How Hitler was able to sell this idea, to carry out the Final Solution, is an amazing circumstance in history and one with which I hope I will grapple for the rest of my life. I feel I owe it to all the victims and their loved ones.

Because I am a deep believer in a higher power, I have to wonder why such a catastrophic event was allowed to happen. I have no answer whatsoever. Oddly enough, this has never made me doubt the Creator. It has simply reinforced the idea that there are just some things I’m not supposed to know yet.[/responsivevoice]