At a family get-together, two cousins are catching up. The boy is ten years old; the girl is nine. They haven’t seen each other in some time, since their families don’t live close to one another. The boy says, “Where’d you get that belly? You didn’t have one last year.”

The girl, devastated, goes to find her parents. She’s hurt and doesn’t want to stay at the reunion any longer. Her parents are shocked to hear what her cousin said and want to question him, but their daughter isn’t interested. As far as she’s concerned, no apology can change what happened. How could this have been anything but a deliberate attempt to be mean?

What do you think of this scenario? It certainly seems clear that the boy said something terribly wrong. Is the girl right to assume the worst of him?

In this post, I want to talk about hurt feelings. How do you react when your feelings are hurt? What are the consequences of this reaction? Do you ever wish you could behave differently?

Your feelings can be hurt when it seems you’ve been overlooked, disregarded, or judged:

There are as many different reactions to an insult as there are personality types. There are those who will brush it off, either because they see everyone as beneath them or because they have learned life’s lessons so masterfully that any insult is inconsequential.

There’s also a strong, confident personality type who can use an insult to help themselves grow, taking in any constructive criticism without being trapped in a place of hurt emotions.

There are people who are prepared to hold a grudge or terminate a relationship as a reaction to an insult they deem deliberate and caustic. Some deal with this on a very private level; then there 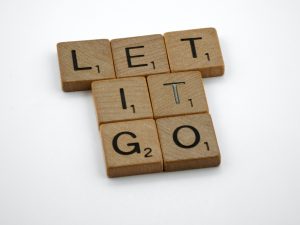 are those who thrive on the drama, the noise, and the attention, and they will engage as many people as they can on their side. They’re even apt to interpret a friend’s lack of investment in the conflict as a further insult, legitimizing the choice to cut ties with this person as well.

Finally, there are those sincere people who want to clear the air, who do not champion disputes and are always looking for a way to mediate. This is a person who will bravely initiate a dialogue that is fair to both sides with the goal of eliminating hard feelings if possible.

This is a mature and noteworthy action. Being prepared to expose your raw feelings and allow yourself to be vulnerable is a courageous step.

When you are insulted, it is a natural reaction to assume malice. It’s logical. A person didn’t have to talk to you like that, and they did. How could they not notice they were hurting you?

Let’s return, however, to the story of the two cousins. You see, there’s some background I didn’t tell you at first. The boy in this story is from a family where he is used to playful teasing and verbal boxing matches. It is an eat-or-be-eaten household where people expose themselves to humorous criticism all the time, all said in jest. The boy himself is regularly teased about his short stature and tendency to be lazy and selfish around the house.

When he made his comment to his cousin, he thought it was the kind of thing that could be said in good spirits.

This information doesn’t change the fact that the boy said something hurtful. But it does change the intention behind the words and offers new insight into whether this relationship is worth fixing.

If the boy were simply cruel, it would be difficult to ask his cousin to put up with his behavior. In this scenario, though, the boy may be perfectly willing to change. He has already learned an important lesson: what goes on in his house doesn’t necessarily work in the rest of the world, and there are consequences for hurling insults. Not only do you hurt people’s feelings, but you could evoke an aggressive response that is way more than you bargained for.

When you assume someone is just being a jerk, you can either let it go, or you take them to task for opening their kisser. In both cases, however, they may not have even meant their words the way you thought.

Taking every insult too much to heart will cause you nothing but heartache. Ideally, a person should be secure in themselves and not be too bothered by the opinions of others.

However, most of us aren’t there yet. Not to mention, even those who are already more evolved in how we receive insults can still benefit from making sure something that sounds bad isn’t just a misunderstanding.

You are allowed, in communication, to ask: Why did you say that to me? It hurt my feelings.

The responses you get may vary.

Some people really are just jerks, and you might decide that the things they say don’t warrant further exploration. They might even, if taken to task, lie about their motives, just to weasel out of responsibility.

But if a relationship is important to you, it’s worth making the effort to clear the air. You never know what might really be going on.