In the Line of Fire

[responsivevoice]In my memoir, My Last Summer as a Fat Girl, I explored my past with overeating and basically came to a place of stability. In general, I feel safe enough with any kind of food to taste it and enjoy it without overdoing it.

Not too long ago, however, you would not have believed your eyes. After a night of shameless noshing, I was practically catatonic. I turned into a human shmatte. (For those of you who are unfamiliar with the Yiddish, it means a rag.) While I thought I was way past this kind of behavior, apparently, I’m not. Thank G-d, I wouldn’t turn to drugs or alcohol, but food definitely is a substance and I most assuredly abused it that night.

It started when I came back from work, turned on the TV, and heard the announcers on every channel discussing the situation at hand: 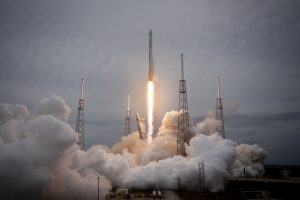 somewhere between 600 and 700 missiles, rockets, were fired on southern Israel in the space of 36 hours. For those of you who do not know the geography here, that’s something like Fort Lee, NJ, or the Palisades, firing randomly on the Upper West Side.

I’m not about the elucidate on politics here. It’s horrible, unfortunate, and there are many blameless victims inevitably in the picture. What I’m talking about here is how I reacted.

I’ve lived in Israel for 42 years. I’ve been here through several wars and sat in my share of bomb shelters. This is the first time I got so upset, and I couldn’t even tell you why. Maybe it’s that I’m older and wiser; maybe it’s because I have a large family. Maybe it’s because the week before was Holocaust Remembrance Day. I guess the longer I’m on the planet, the more I’ve seen, the more sensitive I’ve become to the tragedy of it all, even when I’m not directly affected.

I don’t remember ever feeling so helpless. Somehow, this time—and there have been so many other times—I took it personally. I internalized it as if I actually were in the line of fire. I allowed myself to identify with all the victims of this conflict, citizens who can do nothing as their governments persist in failing them. 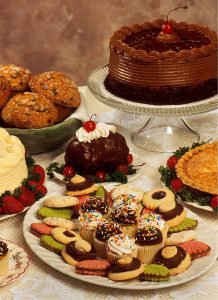 As an overeater, obviously the first thing I did was turn to food.  I must have made six round- trips to the kitchen over the course of the evening’s news-watching. Clearly, nothing I could eat would be powerful enough to bring me solace as the story grew ever more grim. But nevertheless, it’s what I did.

When I woke up in the morning, I was even slightly bilious. The last thing I wanted to do was overeat. I was overjoyed when my husband told me that a ceasefire went into effect at four in the morning.

A week later, I still had kind of a mild feeling in my belly that either something very good or terrible was imminent. I don’t usually somatize this way. It was almost on the border of a mild case of PTSD. I did everything I could to self-care so that I straightened out as soon as possible.

Those of you who are reading this may not be able to identify with our issues here in the Holy Land. But if it’s ever happened to you that you’ve felt on the brink of danger, personal or global, you will know what I’m talking about. Of course, I don’t wish that on you, but it might be part of being a member of the human race.

On a more positive note, it’s spring in Israel. The colors are a testimony to God’s grace. I can never forget that.[/responsivevoice]