In this month’s post, I want to talk about resentment.

Resentment can start with a perfectly valid grievance. Maybe you were a younger sibling in a home where the older sibling was given privileges that you weren’t. He was doted on and received all the advantages, and you were left to fend for yourself. The unfairness was hard to swallow.

Even once you became an independent adult, you remained bitter about this history. Not only that, but you struggled to seek happiness on your own terms. You found yourself measuring every success and failure against your sibling, whether or not there was any valid comparison to be made in your goals or circumstances. 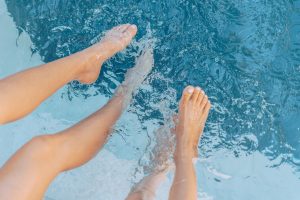 Then again, not all resentments have such deep roots. Maybe you have a next-door neighbor who has just dug out half of his backyard for the fanciest swimming pool you’ve ever seen. You have hardly any social life at all, while he constantly has guests over, whooping it up. You can’t keep yourself from staring and fuming.

We may envy other people their looks, their possessions, or even just their naturally high spirits. It’s easy to understand why it would make you miserable to see everyone around you thriving while you feel unable to do so.

But wouldn’t you rather be happy instead?

A resentful person doesn’t only want what someone else has. He magnifies its importance; he glorifies it; he eats himself up about not having it.

Resentful people don’t just think they’re being cheated. They fixate on what they don’t have and let it overtake them. They’re never happy.

To be clear, I’m not talking here about fighting serious injustice in the world. I’m not saying you have to accept the status quo of the haves and the have-nots if you want to be happy.

Rather, I’m asking you to focus on your personal, psychic relationship with others. This is a cognitive issue about your emotional and spiritual life.

The question is simple: Sometimes life isn’t going to be fair. Does that mean you’re doomed to be miserable?

Comparing yourself to others is a recipe for ill feelings and ill will.

Consider the fact that we rarely sit around thinking about those who have less than we do. We aren’t overcome with righteous indignation on their behalf, caught up in their pain and misfortune in comparison to ourselves – even if many are indeed worse off than we are.

Instead, we are busy concentrating on what we don’t have. Our sense of injustice is not informed by compassion or empathy. 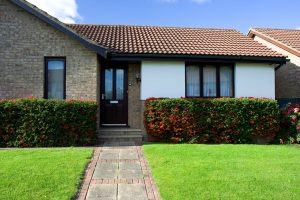 Furthermore, when we fantasize about that green grass on the other side of the fence, we imagine that the owner of such grass is surely carefree. Unlike us, he can’t possibly have any worries.

We don’t wonder what kind of investment is required to keep the place watered properly, to mow the lawn, and so on. We don’t ask how the grass is cared for, assuming it just happens. However, it may not just be luck that sees others achieve success. It could be born of a level of hard work we don’t even understand.

We may also fail to comprehend the very nature of the things we’re jealous of. If you are obsessed with appearances, you might assume that the good-looking boy next door is in a constant state of euphoria. After all, if you were that attractive, you just know that your life would be so much easier.

And in fact, maybe in some ways it would be. But on the other hand, if you still had the same obsession with looks that you do now, it’s possible that no matter how you looked, you’d still be constantly aware of all your imperfections, comparing yourself to others and still never satisfied. Or perhaps you would find that others see you as a kind of prize, someone to pursue as an accomplishment. Perhaps you would find it difficult to connect with people, constantly thwarted by superficial and empty relationships.

In that case, are you really jealous of your beautiful friend, or just the fantasy you’ve concocted?

Ultimately, you can’t actually live someone else’s life, with both its advantages and disadvantages. All you have to work with is the raw material of your own. If you’re always chasing what you don’t have, you’ll never find out what you could become in your own right.

For some people, it helps that they believe that everything happens for a reason. If there is a divine plan, you can be certain you’ve been given what you need to live a meaningful life. There are impressive people throughout history who came from serious disadvantages and emerged stronger and more impressive than many others who had every benefit from the beginning.

On the other hand, those who do not buy into divinity and a holy hand guiding every second of life are still entitled to pursue happiness. What other option is there? Every achievement, every little obstacle that’s met with discipline and good spirits is going to ensure that they feel better about their lives than they otherwise would.

If you are going to compare yourself to others, don’t let it be from a place of envy. Let them inspire you as you search for ways to make yourself better in your own fashion.

Ultimately, the best policy is to compare yourself to yourself. Cheer on your achievements, accept your lack of perfection, and strive, on a daily basis, to be a better person. It’s never too late to live a life you’re proud of.