Not waiting around for inspiration

[responsivevoice] Of late, I have been working with my groups at the rehab on the notion that ultimately, if we want to get better, we don’t need to wait for inspiration to hit us. It’s entirely possible that we can be taught to make an effort even if we’re not in the mood.

Too many people allow their moods to rule them and then find themselves spiraling down instead of shaping up.

Whether or not we feel like taking on a new task is truly unimportant.

If we wait until we’re in the mood to do something difficult, it might never happen.

Every one of my patients is, theoretically, present at the rehab in order to make big changes. If we believed in waiting for the right mood or inspiration to get them up and running, the place would be a chaotic sham. In fact, most of them admit that they either have no hope they’re ever going to change or don’t really feel like it because it seems so difficult; too many sacrifices would have to be made.

It doesn’t matter whether their addictions were picked up in order to self-soothe, or provide some thrills and excitement; an addiction is something vitally important to an addict. It’s an integral part of the daily routine, oddly comfortable and familiar. If we had to wait for our patients to get in the mood for a major life change, we’d be waiting forever, realistically speaking.

Just imagine this: How long do you think you’d have to wait for a little kid who’s been sucking on his pacifier for three years to voluntarily let go of it?

Many alcoholics get through the day by relying on the knowledge that they’re going to be drunk by nightfall. Just the thought helps them maintain a semblance of a life. The alcohol is cherished, something to which they look forward. How glorious, to be able to numb the day’s pain, anxiety or boredom through the bottle. 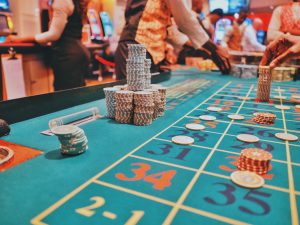 Others spend hours gaming or gambling. The excitement of the win or lose is incalculable. The gambler lives for that.

People become habituated to the ridiculous lifestyles they’ve established. Coming to a rehab smacks of deprivation. It’s upsetting to imagine a lifetime of not being able to indulge in their “hobbies.” It is, basically, a dull thought. No excitement, no danger, just routine, plain living. What a drag.

People articulate to me all the time that they know that they will use as soon as they get out. The effort, the challenge, the change… it’s all way too big, way too impossible.

The first step is inspiring them to want to reach a more advanced spiritual place. It is only then that the idea of sobriety starts to look pretty attractive. It’s true it will be radically different from the familiar life as an addict; most of them have never considered spirituality before, and if they had pondered it, they figured they’d never attain it even if they tried. I am there to dispel that notion. Expanded spirituality is humanity’s birthright.

We are decidedly much more capable of doing difficult things than we imagine. We’re educable. Even if reluctant to learn new tricks, we have the ability to grasp the learning.

You’re more capable than you realize of doing the work.

Just because you’ve never succeeded at something before doesn’t mean you never will. It’s entirely possible you have heretofore gone about it in the wrong way, possibly with a lousy attitude. Once you change your mindset, imagining that you are in fact capable, you stand a good chance of accomplishing something you never thought you could.

Procrastination is, however, a dangerous gambit for an addict – for anyone, for that matter. I’ve always appreciated the idea of a stitch in time saving nine. Applied to growth and change, the other adage is: There’s no time like the present.

So next time something worthwhile but difficult is being offered by the universe, dive in – even if you don’t feel like it. If a counselor or therapist who knows you suggests you get with the program, trust that once you get marching, you’ll be set in motion and most likely, with encouragement, will be able to stay the course. [/responsivevoice]