[responsivevoice]Of late, many of my patients have been talking to me about their medications: how it’s taking too long to get them back to a stable mood, how they’re not deriving the benefits. How they feel like they’re not getting enough, or – and this is most disturbing – how they’re getting too much, which leaves them feeling disconnected, robotic. Empty.

Try to consider how hard it is to make spiritual leaps when your head feels fuzzy and you can’t organize your thoughts.

From where I’m sitting, many of them don’t even know why they feel so bizarre. I suspect that there may even be a boomerang effect where the medications are at odds with each other, further victimizing the patient.  This can happen when there is a combination of misdiagnosis and poor medical management by their many (hopefully well-meaning) physicians.

Picture this: An addict takes recreational street drugs, which are often padded with some really nasty chemicals; I’ve even heard of rat poison in the heroin. One of these substances causes him to have a psychotic episode.  He winds up in the psych ward, where his symptoms are understandably, but wrongly, attributed to a psychiatric disorder. He’s given medication to calm him down plus a possible medley of others aimed at tempering the psychosis. He stays for a certain period of time and possibly, without the drug use, does well enough to be released.

At this point, he dives back into whatever he was addicted to before he was cleaned up in the hospital – but now, he’s also under the influence of the prescribed psychiatric medication. Psych meds and drug use don’t fare well together. They can often drive people into very, very troubled states of consciousness. So, inevitably, he lands right back where he was. The hospital, seeing that he is on medication from his previous stay, will not want to take away anything he might need, but they may well add new medications on top of it.

This can go on and on until someone decides that the psych ward isn’t the answer and that this person needs a detox center. There, he will be assisted in coming off the illegal substances he consumes, but no one is going to take the risk of reorganizing all the different 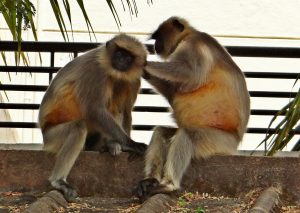 These monkeys are actually doing something valuable.

medications that he has been prescribed over the last months or years. No one really wants to take on that responsibility. Once a person has been labeled chronically bipolar or schizophrenic, few professionals will have the time or the wherewithal to help him find out otherwise. It becomes a tragedy of errors.

More often than not, the mental state is treated as an incurable disease. I have met so many patients who are being treated for psychiatric disorders whose psychotic episodes were really more likely reactions to the chemistry in the drugs they were monkeying around with.

I understand how time-consuming it would be to question the diagnosis of each individual in this state; to help them systematically withdraw, maybe not entirely but certainly enough, lowering doses to get to a level of homeostasis where the person can have a life with joy and meaning rather than an emotionless, psychically dead state of being.

Withdrawal is hugely complicated; doing it safely and humanely is a painstaking labor. Most professionals can only hope that the patient will ultimately wind up in the care of someone who will help them live through the experience and have the time and availability to see it through to a successful place. 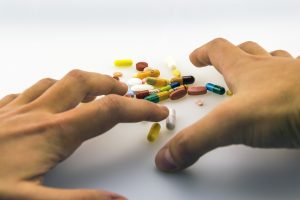 But it’s sad and frustrating to look at someone who is in a chemical straightjacket, especially when I have the strong sense that underneath this huge psychiatric haze, there is a soul and a mind that are yearning for liberation and a chance to feel human again.

I have, thank God, met people who were somehow able, on their own or with help, professional or otherwise, to systematically reduce their intake of medicine until they either stopped it completely or took minimal doses. Some are managing quite well, living regular lives with families and jobs. They have successfully broken free of this cycle. It isn’t easy, but it is possible.[/responsivevoice]