Politics: What can I do about it?

[responsivevoice]Don’t ask me about politics.

As a psychologist, the work I do focuses mainly on thoughts and feelings. I help people reach new heights of flexibility, losing rigid attachments to an idea of how things have to be. I do not work with a population of potential leaders; the most I can hope to groom them for is to have the sensibility to lead lives in which they can thrive.

From time to time I fantasize that a limousine will pull up and whisk me off to a secret bunker, wherein I would sit various rulers down and help them come to satisfying mediation.

Everyone would leave content, optimistic and with a feeling of success, hope for the future, a true brotherhood of man.

But I’ve never pretended to know the ins and outs of government. There was a period of about fifteen years when I did not even read or watch the news. I was a very busy working mother; furthermore, I did not want to hear again and again all the calamities, travesties, natural disasters and general meanness. I just couldn’t take it. On the other hand, living in Israel during the Gulf War in the late eighties, I felt I had to be more vigilant and maintain some working knowledge of what was GOING ON.

Today, it feels as if the world is being run by clowns with their fingers too close to the trigger. Somewhere on the planet, at any given time, people are vying for power, ready to do anything to be the boss. Scandals are as old as the hills. Extortion, bribery, political prostitution. Why do I need to bombard myself with this?

Maybe I’m better off just being Dr. Ellie the psychologist, ready to give an ear, shoulder, and a good piece of advice to those mired in personal conflicts. While what I do has very little effect on the world stage, it could help make lost souls into mature, concerned citizens.

I am by nature a peacemaker, conflict avoider and people-pleaser. I want everyone to love me. If you come at me with political rhetoric, I don’t know what to do with it.

Of course, I have opinions. Back when I lived in America, I was a Democrat: against the war in Vietnam, pro the State of Israel, a staunch 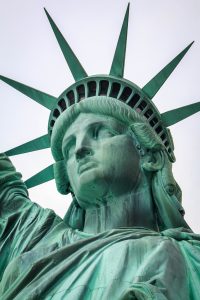 feminist and a great supporter of Civil Rights. Living in Israel for four decades has been much the same.

I vote based on issues of human rights and general fairness, ecology, and benefits to help poor, needy, or handicapped individuals. Every time there’s an election, I cast my ballot, even in our local village election. If I can’t be present, I nevertheless make sure my vote is counted. I do my best to pick the leadership that most closely reflects how I feel about life.

This morning, the results of the election in Russia just came in. Why am I not surprised? Putin yet again won by a landslide. I feel sorry for his constituents. Their lives would be much better off with a different kind of leadership.[/responsivevoice]