Imagine that your partner suggests going to see a certain movie. You recognize the name from the posters you’ve seen all over town, which look sickeningly sweet. Those kinds of movies are not really your genre, but the thought of pointing out your distaste puts a knot right in the middle of your gut. You don’t want to complain and make a big fuss about it, so you opt to keep your trap shut. 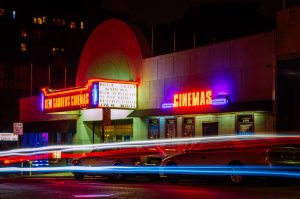 Sitting in the movie theater later, you wish you had spoken up. Why do you repeatedly invalidate your own wishes?

While you’re thinking about that, let’s consider another example: a father trying to teach his eight-year-old how to catch a softball.

“Pay attention,” he warns when the child misses three throws in a row.

“Well, try harder,” the father snaps. “You’ll never learn with that attitude. Come on, straighten up. Eyes on the ball!”

In the back of his mind, the father recognizes that he’s being too harsh on his child, who is after all just beginner. He doesn’t know why he is reacting in such a manner instead of just easing up a little. Why is he always so impatient?

The stakes are real

These scenarios are both relatively benign, not to mention fairly common.

It may occur to you that they are not extraordinary grist for the mill. People often tend to be passive in order to avoid conflict; they can have a short fuse, too. It’s not unusual or necessarily dangerous. It’s within the realm of the perfectly acceptable.

This attitude is the reason that we rarely look deeper at our negative personality traits, even when they lead to us being frustrated too much of the time. Think about it: If either of the scenarios above typifies your modus vivendi, you’re either constantly aggravated with your spouse or annoyed with your child. It’s an unpleasant atmosphere any way you look at it.

Furthermore, both examples can have more drastic consequences, as well. What if one day your partner is offered a new job opportunity that entails moving to another country—another language and culture? Would you smile agreeably and say, “If it’s exciting for you, it’s exciting for me,” praying all the while that it doesn’t work out?

Similarly, what kind of consequences might unravel between parent and child when Mom or Dad is incessantly critical and argumentative? That kind of behavior could drive a wedge that might last in perpetuity.

When we come to accept our flaws as “just how it is,” we often remain a mystery to ourselves. We notice these things recurring but we don’t identify the cause. Instead, we focus on the results or on the effects.

Without doing the work of examining yourself, you will remain in the dark about why these situations even arise.

Instead of feeling oddly victimized, you need to recognize how your own patterns generate these outcomes.

The ancient Greek aphorism to know thyself is not the only thing you need to achieve personal transformation, but it’s certainly an amazing way to start.

Getting to the root of the problem 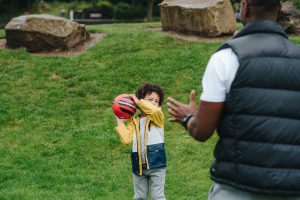 A father who wants to be less easily irritated must look at himself and ask why he is always so quick to belittle his child. What is behind his relentless demands for perfection? As he reviews his feelings, he may realize that he sees, in his child, a reflection of his own limitations. When the child fails in any way, the father over-identifies with the flop. His impatience is born of a desire to protect his own self-image.

Meanwhile, a people-pleaser who asks themselves why speaking up is so intimidating will most likely will find that fear lies at the root of this behavior. In their minds, conflict runs the risk of abandonment or replacement. This emotion is not necessarily connected to logic; the threat can feel enormous even when the situation is as unimpressive as enduring a two-hour movie.

Although I have described the mechanism of self-examination here without much elaboration, it should be clear that it’s a serious endeavor. It requires rigorous honesty, as one delves into layer upon layer of thoughts and behaviors.

However , rigorous soul-searching is the only way to understand who you are and what’s going on with you. It isn’t easy to face your true self, but it is essential.

The next time the father suggests a game of catch, the kid once again struggles. The father’s knee-jerk reaction may still be to point out, in a frustrated tone, the child’s failure to catch the ball. However, now that he has become aware of his underlying emotions, he has the ability to reflect on whether his harsh criticism is valid. He can recognize that it’s not just about the kid.

The behavioral change may take time, but the father is now cognitively on track. If he makes the effort, there will be a gradual, appreciable lowering of his critical snapping over time. Parent and child will be able to enjoy each other’s company as they play catch, a victory for both of them.

Ask yourself: What patterns are a regular feature in your life? What kind of impact do they have on your choices and relationships?

And, most significantly, where do they come from?

Successful self-examination does not occur overnight. One must be alert in order to recognize the moments of weakness, and not only that, but to reflect and redirect yourself.