There must be SOMETHING about me that’s worthy…

[responsivevoice]At the rehab yesterday, I conducted an exercise in which the clients were instructed to begin a sentence with, “It’s hard for me…” 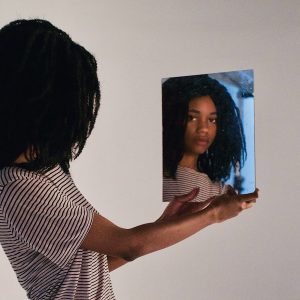 One young lady’s response set the whole group off and running headlong into a huge exchange. Her answer, the first thing she could think to say, was that her entire physical and mental being were hard for her. She articulated that it was hard for her to like anything about herself, who she was and what she looked like.

A few other women in the group reacted positively to this idea and began jumping up and down in their seats, yelling, “Me too! I feel the same way. It’s hard for me to be me. I disgust myself. There’s nothing about myself I like. It’s the hardest thing in the world.”

It broke my heart, but it didn’t surprise me. Some of us feel self-hatred more strongly than others. I would need to know a lot more about this girl’s life, childhood in particular, to understand the messages that were delivered that made her feel so worthless inside and out. There are all kinds of possibilities. She could have come from a home environment in which she was frequently told she was less smart or good-looking than the other siblings; it’s possible she was bullied at school, the object of scorn or jealousy. What can I say?

Life can be hard on sensitive souls.

It was my duty to help her and her compatriots begin to see some value, some precious, redeeming features about the way they look and about how they exist in this world. I asked her to search her mind for anything lovely about herself. I asked her to include in this treasure hunt anything that she ever did that she thought was noteworthy.

Here I saw her body language shift. She began to smile; I saw it in her eyes 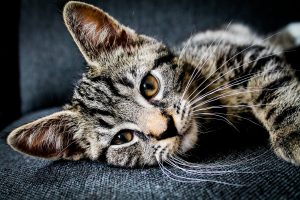 before the rest of her face lit up. She told us how she had saved an abandoned pussycat. She felt proud that she had done such a thing, more worthy as a human being for having saved a life. I think she also smiled because she was able, on her own, to come up with something about herself that she loved. It was an important moment.

The other young ladies were only too eager to join in. It was a remarkable hour, especially since the group is used to criticizing themselves mercilessly. There is that tendency in a rehab to look at yourself through harsh, unforgiving glasses, but I feel it is enormously important to counterbalance the ledger by enumerating all our best, most redeeming features. They are as much of who we are as the character defects.

Beyond how sad this was to hear, I have to feel bad for anyone in such a powerful state of self-loathing. In the end, we need to make friends with ourselves, gradually finding charming sides to ourselves, encouraging ourselves to be more kind, more accepting, more forgiving and so on.[/responsivevoice]