The benefit of the doubt

When I was in high school, I knew a girl a few towns over—let’s call her Marci—with a fabulous, effervescent personality. I don’t think she ever stopped smiling. She was a cheerleader and in the student government for the county, at the center of the social scene. 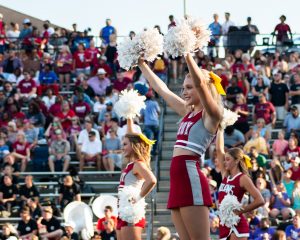 This good-natured young lady happened to come from a wealthy family. When she went off to college, one of her professors—according to the version of the story I heard— somehow convinced her to part with increasing amounts of money, ostensibly to cover his sick wife’s medical bills. However, all was not as it seemed, and her family ended up taking him to court two years later. The charge was fraud. It was a scandal.

Somewhere in those two years, Marci also cut herself off from all those friendships and the camaraderie that had once brought her so much joy. Whenever anyone from our circle reached out to her, she made excuses and kept to herself.

It was clear that she hadn’t just lost her money; she had lost her faith in friendship.

She had become embittered and wary. The ugly, sordid event changed her. This life-loving girl, who once celebrated everything social, has never attended a high school reunion.

While her choice to withdraw from humanity is understandable, do you think, as a way of life, it serves her well?

Do any of us, in general, benefit from embracing suspicion as a modus vivendi? Given that there are no doubt scoundrels lurking, is it a good idea to give others the benefit of the doubt?

The temptation to be cynical

It’s not uncommon for people, even those who have never been victimized as Marci was, to be cynical and doubtful of others. While some of us flow comfortably with what seems like a nice interaction, others see dark motives: “No one is that nice. They’re just trying to butter you up.”

There is an element of superiority in this. The person who takes such a stance can say, self-satisfied: Others may be fooled, but I know what you’re up to.

It’s a source of great pride to believe that they can’t be hoodwinked. No one is going to get the best of them.

If this tendency describes you, I have to ask: Have you ever thought about the downsides?

The downsides of distrust

I watched a documentary the other day about a woman who ran a scam and cheated an enormous number of people in the over-70s club, of which I am the president, out of their life savings. Of course, I thought this was a terrible, devious, and smelly scheme.

Yet, I was most drawn in by the damage this caused to the collective psyche of those who were duped by her.

“My husband is always so suspicious of everyone,” one woman said. “He didn’t want to invest, but I pushed for it. I thought that he was just being his usual self, and we would be missing out.”

Unsurprisingly, after being burned, this woman no longer trusted her intuition. She now thought everyone was out to get her. She even had a meltdown at the grocer she’d been using for thirty years, certain that his prices were too high and that he was trying to rip her off. She confronted him; he was shocked and dismayed and told her she was no longer a welcome customer. 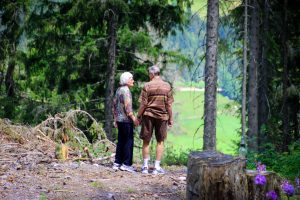 Like Marci, this woman’s desire to protect herself came at the cost of something very valuable – not just this one decades-long relationship, but her whole take on mankind.

These two both, by virtue of their horrible experiences, learned that there are predators poised to pounce at any given moment. They generalized this lesson to include anyone and everyone; for them, no one is above suspicion.

Naturally, nobody wants to be considered naïve or imbecilic. No one wants to offer their trust only to have someone stomp on it.

However, it’s conceivable that Marci missed out on a lot of human kindness simply because she never interpreted it as such. Due to her self-imposed isolation, cutting ties with all her near and dear, she wound up without any support during that whole legal battle. Not only that, but she had no one to have a good time with, as if happiness was simply over for her.

I have always been awed at how, when disaster and catastrophe strike—earthquakes, hurricanes—so many people make huge sacrifices to help their neighbors, family, friends, even virtual strangers. There are countless stories of people helping others for no personal gain.

I’m not saying that there are no villains in this world. Clearly, that is not the case. But you do yourself a great disservice when you adopt the philosophy that duplicity is more common than sincerity.

You don’t win any prizes for being so bitter that you never open your heart to others. For every time you get to say, “I told you so,” how many times did you misread people, misunderstand them, or miss out on the chance to make a fine friend?

If you ever discover a tendency in yourself to judge others’ motivations with a cynical eye and a smirk, step back and pose this question: Have I ever in my life met a sincere, honest, or loving person?

If the answer is yes, shout hurrah. Remind yourself of this when suspicion sneaks in, rears its ugly head, and is about to harden your heart and soul. As long as you have at least once met a person that you know is good, hold onto that idea. Remember that it’s possible.

It isn’t wisdom to believe, by default, that everyone has an agenda. Rather, wisdom is the ability to differentiate between a fine quality human being and someone pretending to be so.