The real meaning of confidence

Underlying the whole project of personal growth is confidence – some healthy belief in yourself and your abilities.

Self-improvement requires much effort. Habits are by nature hard to break, and change rarely comes easy, especially when you’re trying to alter a tenacious pattern. The road ahead is not necessarily smooth. It’s entirely natural to feel somewhat insecure in the face of all this. The willingness to even embark on a journey of change goes hand in hand with confidence, a sense of trust that the endeavor will pay off.

If confidence is one of your issues, you might wonder: Why are some people confident while others are insecure? Where does confidence come from? And you can you cultivate it in order to enrich your own personal growth?

A tale of two Spanish speakers

A couple I know recently told me about a vacation they took to Mexico to celebrate their twentieth anniversary. They first met two decades ago on day one of a Spanish course in university, so the destination had romantic significance for them. They were both excited to revisit the language and culture. 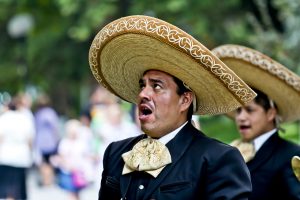 On the trip, however, they discovered something interesting: After twenty years, the wife had forgotten almost all the Spanish she ever knew, while the husband remembered a tremendous amount. He had an ear for languages, and the longer they were immersed in this Spanish-speaking milieu, the more comfortable and fluent he became. He is by nature a friendly, chatty chap, and he seized upon every opportunity to converse with anyone who would speak to him. He was loving it. When his wife stuttered, sputtered, and made serious blunders in her attempts to speak, he couldn’t help but tease her.

It may appear that the reason I bring this example is to illustrate the husband’s confidence, but in fact, that is not what I’m doing.  What I actually want to tell you about is the wife’s healthy self-view.

You see, it would have been very easy for the wife to feel embarrassed about her blatant mediocrity while her husband was so obviously thriving. Another sort of person might have been jealous that he could communicate so easily while she continued to struggle. When he teased her, she might have felt attacked and humiliated.

But that isn’t what happened at all.

My friend was well aware that one year of Spanish two decades earlier did not qualify her for fluency. She was a tourist; it was expected that she would hardly be able to converse. She was instead bursting with pride at how her husband remembered Spanish 101 from 20 years ago; she happily learned the words to indicate that he was the spokesman for the couple.

When he teased her or gently elbowed her in the ribs at her mistakes, she laughed along with him at the absurdity of her word choices.

In fact, she found his success inspiring. It gave her the incentive to buy and study a little phrasebook for tourists in Mexico. By the end of their vacation, this confident woman was actually able to engage in bits and pieces of meaningful dialogue.

Who you are, not what you do

What allowed this woman to be confident despite her lack of ability? How did she rise above jealousy and insecurity?

The answer lies in the fact that she did not take her linguistic ineptitude as a sign of personal failure.

Someone who has low self-esteem is in a perpetual state of shame and apology. Somewhere along the line, that human being was given to understand that his or her fallible self was a travesty. Every act of weakness now gets inside their head. It’s necessary, they believe, to meet the gold standard in order to be acceptable.

They believe that confidence must be earned through perfection. At the same time, this mindset means that they live in constant in fear of failure.

On the other hand, someone who recognizes that limitations aren’t failures can accept their own shortcomings with love. Because they are realistic about their capabilities, they aren’t overwhelmed by setbacks. They are willing to learn and try, even if they don’t excel.

Their confidence isn’t a belief that they can do anything. It’s a solidness and stability in their sense of self. Their self-esteem is based on respect for themselves as a human being.

The value of confidence 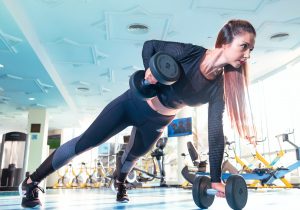 It is for this reason that people with healthy self-confidence are willing to take on any number of challenges, even in fields of which they have no prior knowledge. They’re willing to learn, and they understand that with every new beginning, there are bound to be innumerable mistakes. That never throws them off. Even though major success is not guaranteed, that’s okay; it’s not a reason not to try.