Tooting my own horn

[responsivevoice]When I completed revisions on my first book, I was faced with a dilemma.

I had written the book after being sent by the Israeli Foreign Ministry to lecture on mental health in China and Turkey. In preparing these workshops, I had taken a look at my long years as a therapist and found a very strong, quite accessible message to share with those interested in improving their quality of living. Afterwards, I realized that I had quite successfully formulated a system that might speak to a much larger audience than the academic one for which it was originally created.

I expanded these ideas into a full-length book and gave it the name: When Sane People Do Insane Things.

I wrote this book in a style I intended to be interesting and engaging for an intelligent but not necessarily professional audience. I imagined these invisible readers enjoying the stories I told and reaping concrete benefits from practicing the techniques I explained in laymen’s terms.

It was when the book was finished that the trouble started.

My editor, Shani, noticed my reticence to contribute to any efforts to build up my readership. She asked me why I was so uncomfortable with this aspect of book publishing. If I wasn’t out there, she asked reasonably, how would anyone know about the valuable experience that was my book?

How could this work prove its appeal to a large readership if no one even knew it existed?

Why was it all so difficult for me? For example, after some deliberation, I hired the wonderful Josh Gold to help me polish up my website. However, though his specialty was video marketing (his company is called Serio Films), I refused to include on the homepage a short film starring me. It was indisputable that I needed to be the coach, manager, and MVP of my own team; there was no value in holding back if I wanted my book to reach a wide audience. But while I was clearly not a shy person, the idea of advocating for myself so boldly made me nauseous. 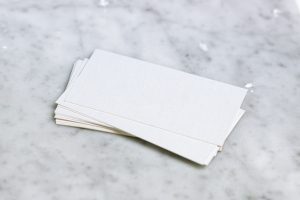 I did not even have a business card; it was to that extent that I was turned off by self-promotion. I think part of the problem was a revulsion I had toward salesmanship. I was, and still am, frequently pounced on in stores; I must look like an easy target. I have an innocent smile, friendly and open. I am not one of those customers whose scowl communicates a clear desire to be left alone. I almost wish I were! Boy oh boy, do I hate being pushed to purchase an item I neither need nor want.

But when it comes to writing, how can anyone know if they are wanted? My work as a therapist connected me to people face to face, individuals who sought me out of their own volition. This could not be the case with a larger audience of readers. While I believed that the book could benefit any intelligent reader, the idea of being pushy was revolting and my instinct was to retreat from this possibility, mortified. The echoes of an insecure childhood.

Besides, why, if I was so talented, should I need promotion? I’d always thought that if you needed to find me, you would.

And scores of people had. I’d never lacked for spiritual opportunities. Up until that point, I’d been lucky enough to never need to look for people to help. Over time, I had still gotten somewhere. There were articles written about me, interviews requested.

There was, however, an unmistakable difference between my good luck and reputation as a psychologist and my awkward obligation to make myself known to an audience of strangers. The people with whom I’d worked were unabashedly grateful… but those who’d never heard of me had no reason to value my techniques and theories.

It was strange to realize how my insecurities conflicted with my deep desire to help as many people as possible.

I was worried about seeming pushy, desperate, and presumptuous; but if all I really cared about was helping to lift the spirits of humanity, didn’t I have to let them know what I had to offer?

I sincerely believed that this book was of great value – not as entertainment, even though it was a pleasant read, but rather to hoist my readership up, enlighten them and encourage them to self-renovate. My message was: Change is possible; it’s worth the effort.

With this idea in mind, it also seemed possible for me to make a little more of an effort. It wasn’t about me anymore.

While it was humbling, I had to let go of my reluctance, my snobbish prejudice, and take a leap of faith.

That said, let me tell you, I still don’t have business cards. And I’m not planning on making any, either.[/responsivevoice]