A young neighbor of mine recently turned to me for advice. Her ten-year-old son has been acting out so badly, the school calls every week to complain about his lack of cooperation. At home, he’s nasty to his brother and sister and even pinched his mother twice because she told him that he couldn’t stay up past nine o’clock on a school night.

My neighbor and her husband sat him down and tried talking to him; he just shrugged his shoulders. It was clear to them that something was bothering him, but he refused to talk about it. Then they tried grounding him for a week: no TV, no computer, no basketball. That didn’t work, either.

Aside from being at her wits’ end, my neighbor feels terribly guilty. First of all, she feels that as his mother, she should be able to just get what’s going on with him. Shouldn’t she know who she’s dealing with by now? On top of that, shouldn’t she have learned better parenting skills? Shouldn’t she know the right move to make to get him to open up – whether that means enforcing the law or cutting him some slack? Finally, she believes that she’s failing him by taking this so hard. She thinks he’d trust her more if she could be her usual relaxed self instead of tiptoeing around him, constantly waiting for the other shoe to drop. 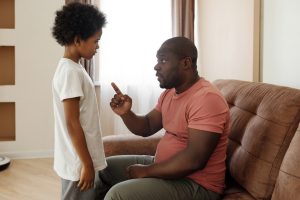 In fact, it’s not just parents who struggle in this way. Are you always proud of yourself and content with your actions? When you feel that you have failed to live up to a certain standard, does a cloud of shame overshadow your wellbeing?

What role does such shame play in our lives?

Where does this shame come from?

By the time we reach adulthood, we all have a certain sense of how things are supposed to be.

Maybe it’s a belief about how to achieve meaningful success in our lives. Take a twenty-two-year-old who just graduated university with a liberal arts degree. All her friends are heading off to graduate school. Shouldn’t she also have a direction for her life by now? Shouldn’t she have discovered her passion after four years of dabbling in so many different subjects? She’s a disappointment in her own eyes; she feels adrift. She wonders what’s wrong with her.

Maybe it’s a belief about how to achieve goodness. For example , newly devout individuals of various religions – the born again, or the just-woke-up – must naturally go through a process of learning the rules they intend to live by. This is a lot to take in, and they may at first miss the mark. Some such people are very angry with themselves when this happens. Shouldn’t they be able to live up to these standards? Does this mean that they’ve failed themselves and their new relationship with the divine?

Maybe it’s a belief about what it means to be a strong person. A patient of mine who had been on psychiatric medication recently wanted to stop taking it. This is an extremely difficult process for both the mind and body, and those who go through it often feel worse throughout than they did before they started. The struggle is not to be minimized; it is real. Yet, my patient felt guilty for suffering as she endured the difficulties. Shouldn’t she have gotten over it more quickly? Shouldn’t she have stopped indulging herself and been more cheerful? Shouldn’t she have simply been well in the first place and not caused herself such grief?

What’s wrong with this picture?

Let’s be clear: The voice that asks all these should questions is a very harsh, judgmental, and perfectionist critic. When you hear this voice inside, telling you how you “should” be, the “shoulds” it often invokes are something I call Toxic Shoulds. 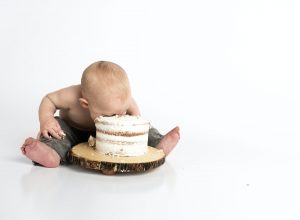 The diet isn’t going so well.

Toxic Shoulds are standards that you have absorbed from the culture around you without any regard for your own personal conflicts and struggles. The critic who demands you live up to these standards shows no mercy and no sense of proportion. It is relentless. It sees only success and failure in endless forms: the failed dieter, the imperfect parent.

Harsh Shoulds like these are a design for frustration and self-hatred. They do not help you achieve anything; they are simply a way to punish yourself for perceived disappointments.

A different kind of Should

These shoulds come from your own self-knowledge and awareness of what is right and wrong for you. If you eat the cookie, will you be able to stop after just one? If you read another chapter, will you end up staying up too late to finish the whole book? If you open your mouth to a friend, will you say something regrettable?

The voice asking these should questions is not the same harsh critic as above. Yes, it’s still an internal policeman, monitoring you, but it’s far more benevolent. This voice understands and accepts your human failings. It knows that you’re flawed. Nevertheless, it acts as an internal cheerleader and champions your wellbeing. It cautions you to stay away from scams you’ll later regret and encourages you to pursue your better self. When this voice uses “should,” it’s an attempt to steer you in the right direction, to remind you of what’s best for you and what you’re truly capable of.

The harsh critic wallows in the coulda, woulda, shoulda. The cheerleader asks: Shouldn’t you pick yourself up even when you’ve succumbed? Shouldn’t you press the restart button?

Shouldn’t you accept your humanity and lack of perfection, taking yourself seriously without choking on shame and regret?

Next time you find yourself in the midst of a heated internal dialogue about should and shouldn’t, take a deep breath. Allow the cheerleader to surface. More than you can imagine, she holds the key to being proud of who you are.

If you want to learn more about Toxic Shoulds and other toxic notions, there is a full chapter on the subject in my book, When Sane People Do Insane Things.