When a moral compass is lacking

[responsivevoice]I have come to realize that some of my clients literally have no concept of right and wrong. They have no intrinsic moral code. Everything is okay and acceptable, sort of, when it suits them. They can justify anything.

All of the people I have in mind here, barring none, have engaged in lies, theft, and heinous crimes against the soul without remorse. “I needed money for a bottle of vodka,” they say. “Of course I had to get into that lady’s purse.” They have no concept of inappropriateness, depravity, or injustice. They don’t believe that causing harm matters – whether to themselves or others. There are no holds barred; everything is allowed, if you want it.

When anyone tries to talk to them about morality, all they see is hypocrisy. They don’t believe that anyone is truly good, only holier-than-thou.

Almost invariably, this group of individuals, comprised of men and women, boys and girls, are victims of early childhood sexual abuse. There are two distinctly different ways such a travesty manifests. One is a violent, terrifying event that occurs entirely against one’s volition, whether once or multiple times. The kind that I’m concerned with here, on the other hand, is perpetrated by a family member who somehow, diabolically, convinces the victim that it is absolutely okay to engage in this behavior and even enjoy it. This becomes an ongoing, agreed-upon experience and a secret between the parties.

This is close to the worst thing you can do to a child – to destroy his soul. Something in the personal development becomes indelibly twisted afterward. The victim comes to think that anyone who is “moral” is a sucker and will inevitably get the short end of the stick. They can’t perceive any value in caring for others or for themselves. Any attempt to counter this is met with a shrug: “So what? Big deal? So what if I had a fling with my uncle? Is this any worse than playing the stock market or Hollywood? It’s all phony.”

When clients like these interact with the staff at the rehab, I often feel that they’re just biding their time.

They pull the wool over our eyes with grandiose talk of recovery and reclaimed sanity. In truth, many of them seem to be impervious to the treatment program, to the Twelve Steps and the beautiful magic that the Higher Power can offer. Almost all of them go back to their old ways after they finish the program. Many of them were formerly immersed in the world of drugs and sex addiction; when they go back to this life, they often indulge even more seriously and more dangerously than before, as if to say that the time at the rehab was wasted. They seem determined to prove that they are irreparably damaged, destined to replay the perversity and grotesquerie of their pasts. Or perhaps they are determined to prove that there’s nothing wrong with them at all.

How do they come to this unbelievable state of being? What is the link between their past abuse and current behavior? You see, the truth is, it serves them and in an odd way, protects them. In thinking along these lines, they don’t need to take themselves to task and suffer tortuous pangs of guilt, on top of all the other things they’re dealing with. 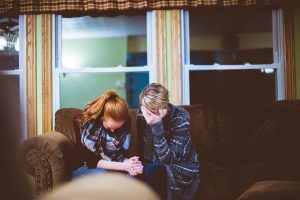 I can’t believe I did that.

Their guilt for what happened in childhood is so intense, they have learned to completely resist feeling it. And they have generalized this feeling so that they no longer experience any guilt at all. As long as they can keep this up, they’re safe. The danger to their psyche crops up when the outside world succeeds in planting the idea that they have participated in something wrong. Once their wrongdoing strikes a deep chord, it can possibly set the recovery back dangerously. I’ve seen so many addicts relapse when they finally realize what was going on.

Living with guilt and shame is harder than living with the lowest levels of defilement.

I have yet to solve this dilemma. It saddens me to share that their compromised souls don’t lend themselves well to true growth and recovery. It frustrates me that more often than not, I have not been able to bring them to real, palpable change. I want to help them experience life well-lived.[/responsivevoice]