[responsivevoice]I have of late been approached by several patients to do one-on-one sessions, specifically focused on helping them extricate themselves from the grip of past trauma.

Every individual is unique when it comes to trauma. We all carry it and deal with it in different ways. If a person was traumatized in a car accident, he may find himself with an uncomfortable feeling in the viscera or some other psychophysiological sign of anxiety when he’s the  passenger in a car; or, he might be fine in cars as long as the windows are open, but project his trauma instead onto closed spaces in general.

Sexual trauma can frequently lead someone to either complicated sexual practices or complete abstinence from anything even vaguely resembling sex.

Some people’s traumas are evident only in sleep and dream life. Some people manifest their trauma in skin eruptions or migraines. Many of our eating disorder patients are traumatized by abuse; somehow this experience has rendered them helpless when it came to ingesting food or accepting their body images in a sane and reasonable manner.

In one of the recent cases I mentioned, the man is a journalist who was working a warzone. He made the decision to take a shortcut through a dangerous area one day, though he was warned against it. Being an addict, his thinking was not entirely impressive; he was sure he could get away with it this one time. In the end, two of his colleagues were killed while he survived. Now, he cannot forgive himself, and he suffers from uncontrollable nightmares and flashbacks to the gory details. 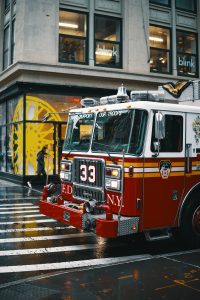 Another patient worked as a first responder in emergency situations. It’s hard for him to fall asleep at night. He has no peace, instead replaying the catastrophes he works so hard to ameliorate.

I very much want to help these men. The approach I am taking is to broach the topic during a session of altered consciousness, when we are both meditating. This is a method that has proven successful over decades in my work.

I don’t believe that the rational mind is what I need to address when dealing with trauma. Instead, I tend to engage two basic kinds of imagery: one very protective and spiritual, and the other something akin to a cleanup crew, where angelic beings are sanitizing the filth. My patients and I envision how they were contaminated by something painful and then, together, we sterilize them and offer them a chance for a fresh start. In order for this to be successful, I need the mind in a state where it will accept what we’re doing and not bristle against it.

However, I must note that I adamantly refuse to use altered states of consciousness to retrieve material in my patients’ memories. It’s true that often enough, a person may have a vague inkling that something gruesome happened but can’t put their finger on it. They want to; they are invested in the idea that if they could only remember the details, it would in some manner liberate them. I, on the other hand, am a staunch believer in the idea that if you don’t remember, you’ve been spared. It’s your subconscious protecting you from even more pain and horror. I will not, as it were, orchestrate an archaeological dig into someone’s past; I feel it is wrong for me to take them on that journey.

If, of course, there is a lot of memory and it’s harmful to the psyche today, I will try, with consent, to fumigate the place and defuse the potential bomb.

It’s hard to imagine a person who has not undergone the traumatic. Life doesn’t work that way. Throughout our lives, there are humiliations, molestations, and the horrific. At the end of the day, we all need to figure out a way to live with what was, irrespective of how profoundly negative. We need to shine light on our present, radiating beams of hopeful energy to our futures.

I aw a sign on a t-shirt in a window in Santa Barbara several decades ago. It’s still one of my favorite lines: It’s very simple. We’re where we’re supposed to be, doing what we’re supposed to be doing, or we’d be somewhere else doing something else.

I’m not suggesting that you got your just deserts. What I mean is, I find comfort in the idea that it is not just random chaos out there, but something with meaning and purpose. I’ve found over the years that people can experience great strides in personal growth once they come to grips with their traumas.[/responsivevoice]