Owning up to behavior patterns

[responsivevoice] Yesterday I introduced the subject of behavior patterns to several groups that I was working with at the rehab. Know thyself; it is vitally important to know what your patterns are, what behaviors and thoughts describe you. If you gain true self-knowledge, you stand a better chance of changing that which is causing you to suffer.

When we are prone to certain behavior patterns, we tend to incorporate them into our self-definition, whereby we might say: “Oh, I do that whenever such-and-such occurs.” Or, to give a more specific example: “The minute I begin to feel rejected, I need a drink.” A person who falls into this pattern is highly sensitive to how others view them. If they think that someone is looking at them cross-eyed, they  begin an internal dialogue about how hurt and angry they feel when they are disrespected or scorned; they may even berate themselves for letting all of these emotions get the best of them yet again.

Once you get attached to a self-definition, it is often difficult to relinquish the qualities involved and adopt new ones.

It’s as if doing so would be an affront to who you are. This rigid self-definition of your likes and dislikes allows no room for flexibility or spontaneity and slams the door in the face of change.

When I brought this subject up in the room, I was aware that one of the girls had recently taken a turn for the worse in what I believed 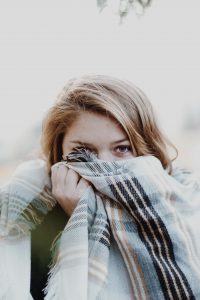 was a pattern for her in clinical settings. In our first few sessions, she had been quite talkative and full of insights and savvy; a philosopher, a psychologist, practically running the sessions. Then suddenly, in what seemed to me to be a deliberately eye-catching fashion, she dramatically withdrew. Not only did she excuse herself from participation; she wrapped herself in a shawl and pretended to sleep.

To me, she now presented a sad picture of a human being desperately in need of attention. However, rather than getting it by being so smart and vivacious, I believed she simply used those qualities early on to hook us so we would wonder at the change when it happened. She preferred to elicit negative attention by curling up into a catatonic ball. The manner in which she did this gave me a sense that it was a natural and familiar behavior for her, something she had done many times before in therapeutic settings.

Of course, while she didn’t participate in the lively discussion, I could see the other young ladies were aware of the example in the room as they talked about patterns they were addicted to. It was interesting that they framed the issue in those terms. They’re not wrong; patterns are definitely recurring behaviors reminiscent of addiction, obsession, and compulsion.

One of the girls described a pattern that had ruled her life since she could remember: She was a people-pleaser with a profound inability to say no to anyone—ever! She began to explore this, why it was so hard for her to deny anybody anything she could give them: her time, her intellect, her sympathy or her extra pair of hands. I asked her if it ever made her feel resentful. Did she realize that people could smell this a mile away and were only too happy to take advantage?

“Sometimes,” she admitted. “But I don’t know how I’d ever run the risk of saying no.” She was too worried about alienating those around her.

I asked her to tell me about the last time someone asked her for something. 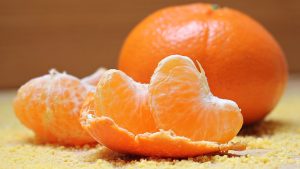 “My sister brought some fresh fruit when she visited me here,” she said. This was exciting, as such items were a rarity at the rehab. Within minutes of getting the care package, however, one of her roommates tried to pounce on the sweet, ripe fruit.

“All I could do was cringe, smile and try to pretend it didn’t upset me.”

I asked her if she would be willing to roleplay this with me and learn how to develop the muscles to draw some lines when she needed to. She was afraid at first that she might develop a reputation for being selfish, but I assured her that it was possible to be a kind, loving, and generous person who was also able to stake a claim without seeming nasty or egocentric.

After about fifteen minutes of roleplaying, she was delighted to find that there was a bit of flexibility available. It would take some time to fully loosen the grip that fear had on her, but it seemed she would be able to change a pattern she said had existed all of her conscious life.

I felt wonderful helping her with this. I hope next time I’ll be able to wake up Sleeping Beauty and show her that she can do better than her current pattern. [/responsivevoice]