Knocked down, but not knocked out.

[responsivevoice]A year ago, I underwent cataract surgery on my right eye, otherwise known as my weak eye. Surgery went well. The anesthesia kept me comfortably in and out of reality, although during my more lucid moments, I didn’t really fancy hearing the surgical nurse’s various critical comments to my ophthalmologist. They hardly inspired much confidence. That being said, my recovery was speedy enough and I was back on my feet in a week.

The surgery did, however, screw up my driving ability, making me kind of insecure about my adeptness in gauging distances between me, my car and others on the road. This perceptual compromise has made me somewhat uncomfortable and afraid, especially when negotiating the fast lane or parking. I must admit, I experience bouts of anxiety when approaching such tasks, especially at night, with headlights coming at me. 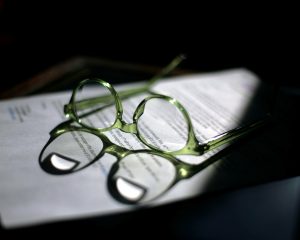 Last month, I had the other eye done – same doctor, different circumstances. I had a whole different set of expectations because my left eye, my strong, dominant eye, was supposed to be in super, duper shape. Little did I know that things would have to get a lot worse before I could have any joy from the results.

I went into the procedure understandably wary; my eyes are no small matter to me. This time, no one offered me anesthesia, so I was deprived of the semiconscious state from the last time around. The operation itself lasted much longer than I thought it would and I had to endure… not pain, exactly, but huge amounts of scary discomfort. It was a surrealistic journey I would rather not have been on.

For the first two days, I was in enough pain to warrant over-the-counter analgesics. That was bearable. What was almost impossible to bear was the fact that I couldn’t see much.

This challenge became painfully clear when I headed for the computer to answer emails, look at Facebook and keep abreast of the news. I was able to enlarge the letters on the screen and saw them quite comfortably. What I was not able to do was control my typing. Something transpired between my brain, my index finger and the keyboard such that every attempt I made resulted inevitably in the wrong letter, the adjacent letter, appearing on the screen. It was crazy-making, aiming for the b and seeing that v pop up every time.

In fact, the emotion that dawned on me as this played out was no less than horror. As I struggled with the loss of my hand-eye coordination, I could not help but wonder if I had become permanently impaired. It was unnerving.

I told myself that all I needed was time and that I would eventually see better than I ever had in my life, but somewhere in the back of my mind, I believed that I was screwed.

I kept this catastrophe to myself, as I did not want to over-involve “my people” with every aspect of the recovery. I had to work hard to contain my fear that a more dreadful outcome was waiting in the wings.

Now it’s two weeks later and I can see that I will not need to wear glasses for the the most part. That in itself is a miracle.

This experience has been terribly humbling. When I daydream about the worst that can happen, the mere act of navigating in unfamiliar settings is daunting. Even trying to feed yourself seems overwhelming. So much we take for granted in the sighted world is technically challenging or virtually impossible when your vision is handicapped.

Here’s my prayer: that science will come up with some remarkable ophthalmological advances and that no one on the planet will ever have to be blind or visually disabled. Amen.[/responsivevoice]